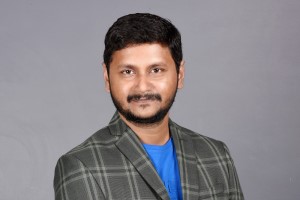 For more than 70 years, Taiwan and China have been governed separately. Yet the two nations have been constantly in the news for their impact on the global telematics semiconductors industry. Even though China has spent more than 40 years gaining global influence, Taiwan has gained global influence since early 2020. From the automotive semiconductor market to the Wi-Fi semiconductor chipset market, China and Taiwan have both been making every effort to gain a significant share, says Sudip Saha, chief operating officer (COO) at Future Market Insights.

Taiwan is the unmatched leader in the global semiconductor industry with Taiwan Semiconductor Manufacturing Company (TSMC) alone accounting for more than 50% of the global market. Along with the growing dominance of Taiwan in the industry, the tensions between China and Taiwan have also grown. China has been pushing the major countries around the world to stop their official dealings with Taiwan.

Taiwan is the United States’ eighth-largest trading partner, vibrantly sharing American values. In return, the United States considers itself obligated to provide Taiwan with sufficient arms for the strengthening of its self-defense capability. The stand-off between China and Taiwan has become a dangerous flashpoint over the years.

As the world increasingly shifts towards liberalisation, privatisation, and globalisation, international trade and business activities across the globe have expanded. In the last few decades, the global telematics semiconductors have encountered significant demand and modifications. In this blog, we will assess the impact of the China-Taiwan standoff on the global telematics semiconductors industry.

Chinese companies have displayed a massive rise in the sales of chips owing to the increasing U.S.-China tensions. The efforts for advancements in the Chinese chip sector including government subsidies, procurement preferences, and other preferential policies have also soared. If we look back five years, reports suggest that China’s semiconductor device sales were US$13 billion (€11.90 billion), accounting for only 3.8% of global chip sales. In 2020, however, the Chinese semiconductor industry registered an unprecedented annual growth rate of 30.6% to reach $39.8 billion (€36.43 billion) in total annual sales.

Owing to the increase in growth, China managed to surpass Taiwan’s share, capturing nearly 9% of the global semiconductor market in 2020. Furthermore, it is estimated that with strong momentum, the Chinese semiconductor industry can surpass $116 billion (€106.17 billion) in annual revenue by 2024, capturing upwards of 17.4% of global market share.

In February 2022, China announced its plans to set up a special organisation that facilitates collaboration between domestic companies and overseas semiconductor powerhouses such as Intel to foster development hubs for software, material and manufacturing equipment. The proposal came as Beijing rushes to build a domestic supply chain for semiconductors immune to U.S. sanctions.

The organisation, named the “cross-border semiconductor work committee,” will be launched in the first half of the year. It will be overseen by the Ministry of Commerce, which has jurisdiction over domestic and international investment and trade, in cooperation with the Ministry of Industry and Information Technology.

How are U.S and China dealing with Taiwan’s dominance in telematics semiconductor market?

The political struggle between the United States and China has left Taiwan in a very defensive situation. Taiwan produces world’s most advanced semiconductors, considering the presence of the Taiwan Semiconductor Manufacturing Company Ltd (TSMC). TSMC accounts for more than 90% of the global output of the chips produced and both U.S and China are deeply dependent on the region.

Owing to its significant position in the American and Chinese tech industry, Taiwan has become a significant reason for the China-United States trade war. The US prohibited China from using American equipment and also imposed a ban on exporting certain products to the companies in China. This stopped Taiwanese telematics semiconductor companies from doing business with major Chinese clients such as Huawei.

In April 2021, the US Government blacklisted seven Chinese supercomputing companies due to alleged involvement in building supercomputers used by Chinese “military actors” and facilitating programmes to develop weapons of mass destruction. Biden announced that the seven Chinese groups are required to obtain licenses to access American technologies, including chip infrastructures designed by Intel and other U.S chipmakers. In response to this, Taiwanese chipmakers Alchip and TSMC suspended new orders from Chinese supercomputing company Tianjin Phytium Information Technology.

From both economic and geopolitical point of view, Taiwan is important for the US national security. A new study estimates that a hypothetical one-year disruption of the Taiwanese semiconductor supply (whether due to natural disasters or geopolitical conflict) would cost global fabless companies $80 billion (€73.22 billion) in revenues and electronic device manufacturers $500 billion (€457.65 billion). If such complete disruption were to become permanent, it could take a minimum of three years and $350 billion (€320.36 billion) of investment to rebuild enough capacity in the rest of the world to replace the Taiwanese foundries. This is why U.S. keenly helps Taiwan in sustaining its position in the market.

Considering the aforementioned factors, America and China are looking for solutions to at least break the dependency a little. To support the intention, Washington persuaded TSMC to open a U.S. foundry to support the production of advanced semiconductors in the American soil. Not just the U.S., China too, is spending huge amounts on its chip industry to cover the decade long gap with China.

Global drivers driving focus on Taiwan and its semiconductor industry

Speaking of the global drivers responsible for driving the focus on Taiwan and its semiconductors, geopolitical, economic and technological factors lead the trend.

Geopolitically, semiconductors have become a key area of concern between the US and China. Amidst the acute shortage of chips, the automobile, medical devices and other sectors have been severely impacted. The globalised semiconductor supply chain and its related dependencies are turning out to be an attractive driving force. Further, rapid improvements in the industry are making partnerships between like-minded nations easier to secure the semiconductor supplies from Taiwan.

Economically speaking, Taiwan and its foundries alone cannot meet the increased demand for the 8-inch and 12-inch wafers. In addition, delays caused by power outages and accidents due to fires, storms have the tendency to impact foundries like TSMC. TSMC signed contracts to build fabs on international soil, such as the upcoming 12-inch fabrication facility in the Arizona state of the US. Apart from this, major foundries expanding their operations to different countries in order to get access of facilities to meet the future demands for semiconductor chipsets.

Technologically, the emerging technologies demand high-performance chips with high computing power. The deployment of artificial technologies has increased the demand for new computational architecture to deal with in-chip data flows. Furthermore, telecommunications infrastructure use satellites and computing technology that require advanced chips. As these technologies evolve, the semiconductor design and manufacturing processes need to be streamlined as per customers’ needs.

The global telematics semiconductor market holds a major entity with multiple growth avenues available. Looking forward, Taiwan is projected to stick around its strengths and make full advantage of the robust growth attained over the past few years. Taiwan’s closer relations with the United States have emboldened it on the world stage.

Aiming for a peaceful resolution between China and Taiwan, the U.S. Air Force repelled a Chinese invasion of Taiwan during a massive war game last fall by relying on drones acting as a sensing grid. Taiwan has a strong semiconductor success story owing to the thoughtful government planning along with the development of Taiwan Semiconductor Manufacturing Co.

Sudip Saha, the ‘Mozart of Market Research’, a moniker given to him by his peers, is the COO of Future Market Insights. In his current role, he is responsible for the strategic and tactical leadership of the COO functions, supporting and monitoring the strategy, planning, execution, financial position, and market performance of FMI. Armed with a solid understanding of the nuances of market research, Sudip has successfully steered FMI to become one of the leading companies in the research and consulting landscape.

A growth-oriented business professional with vast experience in market research and project management across verticals in APAC, EMEA, and Americas, Sudip is a strong believer and proponent of innovation-based solutions, with an emphasis on creating customised solutions to meet varied client needs. MarketNgage is the Market Research Subscription Platform from FMI that assists stakeholders in obtaining in-depth research across industries, markets and niche segments. You can connect with Sudip on LinkedIn.