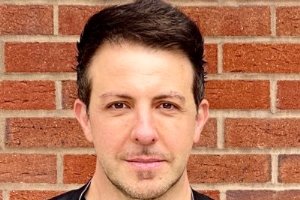 Almost two in three UK businesses project that the metaverse will have a major positive impact on their organisation in the future. Despite this, nearly a third of U.K. consumers have never heard of the metaverse, according to findings from Accenture.

Not only do nearly one in five U.K. business leaders anticipate that the metaverse will have a ‘transformational impact’ on their organisation, but many are also already experimenting with metaverse technologies 38% of U.K. businesses are piloting experiences in the metaverse.

Conversely, 71% of British consumers report that at best they have heard of the metaverse, but don’t know much about it. Even amongst Generation Z familiarity is low. Only one in three 18-24-year-olds report that they know what the metaverse is, only marginally higher than the Baby Boomer generation, where a little over one in five 58-76-year-olds are familiar with the term.

The findings come from Accenture’s Technology Vision 2022 report, which surveyed 1000 British consumers and over 150 senior British business leaders about their views on the metaverse, the next era of the internet where users will interact across both physical and new immersive virtual worlds.

Nick Rosa, Metaverse and extended reality lead at Accenture, says, “Businesses are optimistic about the potential of the metaverse and investing in new immersive experiences and technologies. While some applications in the metaverse are seeing 50 million users a day, there is still broader confusion from consumers on what the metaverse is, and how they can engage with the range of experiences it can generate. We’re at a unique point in time where the metaverse is currently a blueprint of a larger vision. We expect consumer appetite to grow as the metaverse becomes more accessible and new consumer experiences capture attention. Nonetheless, businesses must do a better job of educating consumers and winning their trust on the metaverse for their investments to pay off.”

Appetite for life in virtual reality

Despite consumer confusion about the metaverse, the findings show interest in virtual technologies that enable it. About a third of British consumers said they would be interested in using virtual reality for socialising (33%) and online shopping (31%) in the next five years. For Generation Z respondents, a third would also be interested in attending entertainment events, such as concerts, in virtual reality.

Expectations around the metaverse

When asked what they want from the next technology revolution, almost three quarters of consumers agreed that it needs to be led by human-centric experiences giving them more control over their data. Half also said they expect companies to help unify their digital experiences, for example with connecting accounts across streaming platforms, social media or even work. The research shows that almost three quarters of U.K. organisations are exploring Web3 in tandem to address this, which will leverage technologies like blockchain and tokenisation to build a more distributed data layer into the internet.

Rosa added, “Consumers are clearly frustrated that they have to juggle multiple accounts across platforms and want to maintain control of their data. Businesses can learn a lot from the dot com era and build the next phase of the internet in a way that addresses these frustrations from the get-go. Challenges such as accessibility, privacy and safety are also ethical imperatives for businesses. Addressing these areas will help ensure that it is built on responsible foundations, ensuring that we create a responsible, safe, and inclusive metaverse.”

Accenture operates its own metaverse, known as the Nth floor, where the company’s people participate in new hire orientation and immersive learning or meet and socialise as teams. This year, the company expects 150,000 or more new hires will work in the metaverse on their first day 3,000 in the UK have already participated.