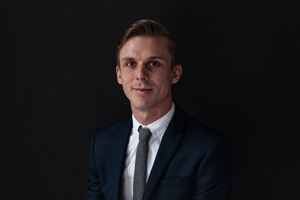 According to the study, the installed base of smart electricity meters in Asia-Pacific will grow at a compound annual growth rate (CAGR) of 6.2% from 757.7 million units in 2021 to 1.1 billion units in 2027. At this pace, the milestone of 1 billion installed devices will be reached in 2026. The penetration rate of smart electricity meters in Asia-Pacific will at the same time grow from 59% in 2021 to 74% in 2027 while cumulative shipments during the forecast period will amount to a total of 934.6 million units.

East Asia, including China, Japan and South Korea, has led the adoption of smart metering technology in Asia-Pacific with ambitious nationwide rollouts and today constitute the most mature smart metering market in the region, accounting for more than 95% of the installed base in Asia-Pacific at the end of 2021. China has already completed its rollout while Japan and South Korea are also expected to do so in the next few years.

In China and Japan, replacements of first-generation smart meters have in fact already begun and are expected to ramp up significantly in the coming few years. “Replacements of aging first-generation smart meters will be the most important driver for smart meter shipments in Asia-Pacific in the coming years and will account for as much as 60% of the cumulative shipment volume during 2021–2027” says Levi Ostling, senior analyst at Berg Insight.

While East Asia constitutes the most mature smart metering market in Asia-Pacific, the fastest growing markets are on the other hand all found in South and Southeast Asia with a wave of smart metering projects now sweeping across the region. The most significant growth is expected in India where a massive new governmental funding scheme has recently been introduced with the goal of achieving the installation of 250 million smart prepayment meters by 2026.

In neighbouring Bangladesh, large-scale smart electricity metering installations are now also emerging in a similar push to install smart prepayment metering by the government. “We’re also seeing positive developments in nascent smart metering markets such as Thailand, Indonesia and the Philippines, which combined constitute a potential market opportunity of around 130 million metering points”, continues Mr. Ostling. Along with India, these three markets will be the fastest growing smart metering markets in Asia-Pacific during 2021–2027 with annual shipment volumes forecasted to grow at a CAGR in the range of 65–80%.