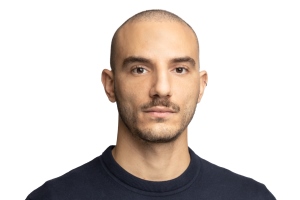 Working in an office can be fun, sociable and productive. But if the temperature isn’t right, it can make work uncomfortable, and is likely to lead to lower outputs and higher absenteeism. It’s a familiar feeling for most of us you’re always too hot or too cold, regardless of the season. Traditional heating ventilation and cooling (HVAC) systems only provide control over the entire building, so it’s impossible to keep everybody happy, says Asem Elshimi, smart buildings segment nanager, Silicon Labs.

This problem may well be solved now, due to an emerging set of smart building technologies called zoning systems. These systems can provide control of various air settings (including temperature, humidity, CO2, ventilation and purification) in different areas of the same building, based on occupant or operator preference. By using multiple thermostats, active vents and active ductwork dampers, zoning systems enable users to create granular temperature zones and control HVAC settings, on a room by room basis. As well as making occupants happier, the zoning systems can also unlock significant energy savings, reducing costs and cutting carbon emissions.

While an office that is slightly too cold or too warm may seem a minor inconvenience, studies have shown that room temperature significantly affects worker productivity in office settings. A 2006 study from the Helsinki University of Technology and Berkeley Lab found that performance rates in offices increase when temperatures are between 21°C and 22°C, and decrease when temperatures are above the 23°C to 24°C range, with the highest productivity occurring at 22°C. Furthermore, the study showed that at a temperature of 30°C, worker performance dropped by nearly 9%.

Another study, looking at factory workers in India, found that output fell by about 2% per degree Celsius increase in temperature. There is huge financial impact as well research in Australia showed that absenteeism and reductions in work performance due to high temperatures cost the country around US$6.2 billion (€6.09 billion) annually.

Another recent study, admittedly of a small sample of people, found that when the office temperature dropped just five degrees, productivity fell by 50% and the number of mistakes made doubled.

Legislation also sets requirements for temperatures in the workplace, which employers must comply with. For example, in the UK, there are no specific temperature limits, but the law requires ‘reasonable’ and ‘comfortable’ conditions, which the government suggests means a minimum of 16ºC. Similar rules exist around the world, and may define temperature limits, working time limits, the frequency and duration of breaks, and more.

Temperature is only one dimension of zoning systems. Other HVAC conditions, like CO2 levels, have a direct correlation to building occupant well-being. According to a 2016 study by the Harvard School of Public Health, high CO2 levels in a building can have a direct negative impact on thinking and decision making affecting worker performance and negatively impacting a company’s bottom line.

In a smart building, zoning systems collect granular data about the conditions in every room, using hundreds of sensors. Wireless processors and backend gateways then push this data into the cloud, where AI algorithms use the data to make dynamic decisions.

These decisions are then fed back to smart HVAC controls that automatically fine-tune temperature, humidity, and air flow in the different zones. The result is to eliminate over-cooling, over-heating and over-ventilating workers feel more comfortable, and the overall energy consumption is reduced.

While conventional HVAC systems use only a limited number of HVAC sensors, typically a few thermostats per floor, zoning systems use hundreds of sensors to collect granular, detailed and dynamic data. With so many sensors, it is too expensive to run wires for every single one. Wired connections are also inflexible, making it difficult or impossible to move sensors to ensure they are in the best place. This flexibility is important, particularly as modern offices often have partitions that may be moved around relatively frequently.

The answer is to use wireless sensors, which are cheaper than wired alternatives. Depending on their use, they might be mains-powered, or run from batteries.

The disadvantage of the optimisation cycle shown in the diagram above is that it is slow and uses a lot of energy; we all know how long it takes and how expensive it is for an air conditioner to cool a room by just a few degrees.

To improve this, datasets on occupancy can increase the energy efficiency of smart HVAC systems. For example, a crowded conference room can get warm quickly, just as an open office area with high ceilings can cool quickly (since warm air rises and people are closer to the floor). By collecting occupancy and people flow information, a cloud-based algorithm can drive quicker decisions back to the HVAC controls.

Thus, when a meeting room gets crowded, the algorithm immediately triggers faster cooling and ventilation before the room temperature rises, leading to a constant 21°C across the building. This is shown in the diagram below, and in the graph of energy consumption (this is a representation only, and does not show real energy values).

A system with more information can be much more adaptive to changes in its environment. And in turn, it can produce substantial energy savings. Considering that buildings consume close to 40% of global energy, these savings directly impacts environmental sustainability.

The impact of COVID-19

Flexible working arrangements, due to COVID-19, mean that desks and conference rooms may be empty as much as 50 to 60% of the time, with heating and cooling energy needlessly being used for people who are not there.

With occupancy-enabled zoning systems, sensors are strategically placed around buildings to activate air conditioning units when motion is detected and adjust the temperature with the help of the HVAC control system. When occupants leave an area, the system goes to a stand-by state with minimal cooling, heating and ventilation, thus reducing energy wastage.

As a result of the pandemic, new regulations mandating cleaner air inside buildings have led to expedited upgrade cycles to improve HVAC unit purification and ventilation capabilities. Most manufacturers I work with view these mandates as an opportunity to upgrade their HVAC system technologies with smart features, which explains the exponential growth we see in the HVAC market today. While supply shortages have restricted this growth, I expect it will accelerate again in the mid-term future.

With the climate crisis pushing temperatures higher, and making extreme heat waves more frequent, there is a growing need for more effective HVAC systems. This article has shown that wireless and smart HVAC provides significant environmental, operational and productivity benefits, with zoning systems the key to achieving these gains.

Part II of this series will describe how AI and edge computing further enhance the ability of smart HVAC systems to control building temperatures and humidity levels.