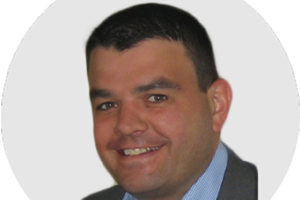 As Jeremy Cowan hears from Andrew Carr, managing director at Camwood, it is vital to have courage in your convictions and actions. Of course, mistakes will happen sometimes as in the rest of life but it is to be confident in your own ability.

Andrew Carr: Obviously, a lot of people say policeman, fireman or doctor, and it may sound a bit of a cliché, but I wanted to be an astronaut! I just thought that it would be really cool to fly around space and see the earth in a different light. While that childhood dream didn’t quite materialise in the end, I’ve been fortunate enough to pursue a career in the digital, IT and networking industries, while holding a variety of leadership roles at reputable technology organisations. While it’s not the wonders of space, I’ve certainly had exposure to the innovation made possible by science and technology!

Andrew Carr: I think self-belief is massively important and that’s where I’d focus my lesson. I’d want my younger version to know that confidence in your own ability is key and you need to have courage in your convictions and actions. That’s not to say though that mistakes don’t and won’t happen. As a second aspect of that advice, I’d share the lesson that mistakes are absolutely fine as long as you learn from where you went wrong and apply it in the future. Mistakes or failings shouldn’t be viewed as a negative thing if they can provide an opportunity for self-improvement.

Andrew Carr: I wouldn’t want to single any particular person out, but I would say that several of my previous bosses had similar negative traits which I didn’t align with and I didn’t believe they were particularly conducive to a supportive working environment. For example, I noticed that frequently managers would be overly controlling of situations and untrusting of me and other employees. Even more important, though, was the tendency for them to think they knew all the answers, meaning that they didn’t value anyone else’s input or advice. The best bosses listen as often as they hand out instructions to their employees.

Andrew Carr: IoT is making headway in many useful applications, and one that might not be overtly glamorous but is incredibly important for the planet is around the monitoring and maintenance of energy consumption. IoT sensors can manage peaks and troughs in energy consumption and automatically make changes to use only the appropriate amount of energy needed, which has a positive knock-on effect in reducing costs. This technology is obviously hugely critical given the current inflationary pressures, the rising cost of energy and fuel, and the pressure on organisations to be more sustainable as climate change continues to escalate around the globe.

Andrew Carr: I’ve been lucky enough to attend events and be involved in businesses around the world. One that remains prominent in my mind is when I flew to Seoul in South Korea to take part in a conference on all things digital, which included a variety of interesting aspects such as the Internet of Things, the use of personal data and blockchain. What was particularly exciting and memorable was the attendance of industry leaders, whose role was to advise the country on how to build an industrial strategy around digital platforms. It was a fascinating learning experience and there were many key takeaways.

Andrew Carr: I’ve worked for a couple of French system integrators at their headquarters, and I think the one thing that inspired me about working with employees of a different nationality was to take the time to understand and fully immerse myself in a new culture. People with different experiences can bring a new level of expertise to certain situations. For example, in the UK, the way that teams work together to come to a solution may be very different to how it’s approached in France or Germany, but that’s not to say that anyone is doing it wrong. It’s an opportunity to take the best bits from all of them to optimise your own working culture.