Home › IoT News › Strategy Analytics believes that industrial, automotive will be the biggest vertical during 2022-30 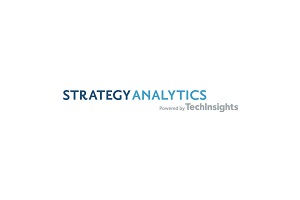 According to Waseem Haider, principal analyst, enterprise IoT at Strategy Analytics and author of the report, “IoT cellular connection by air interface by vertical” which provide projections till 2030 – industrial and automotive will be the biggest verticals in terms of number of IoT connections during the forecast period 2022-30.

This latest update looks at the historical data as far as 2013 and forecasts IoT connections by Air Interface technology (2G, 3G, 4G, 5G) and by verticals – automotive, healthcare, home (non-security), industrial, primary processing, POS/retail, security, transport, utilities and others. During 2022-30, healthcare is the highest growing vertical with a CAGR of 23% followed by industrial and automotive verticals with a CAGR of 17% and 16% respectively.

Strategy Analytics believes that the largest sectors will continue their growth trajectory, with IoT connections in industrial accounting for 21% in 2030, growing from 17% in 2022 and automotive accounting for 18% in 2030, growing from 15% in 2022, during the forecast period of 2022-30. In 2022, industrial is the leading sector with 17% of the total IoT connections followed by automotive and utilities with 15% connections, respectively.

Gina Luk, director of enterprise research at Strategy Analytics, says “By 2030, 5G IoT connections will be dominated by industrial and automotive applications, with 28% and 21% 5G IoT connections respectively. Healthcare and security applications will be the next largest market in 2030, accounting for a combined 20% of 5G IoT connections. The low latency benefits of 5G will allow IoT use cases where near-instantaneous communications are required, such as platooning of trucks in transportation, autonomous driving, low latency in manufacturing and areas like remote surgery in healthcare, where a surgeon could be conducting a surgery via robotics and virtual/augmented reality, even though not located in the operating theatre with the patient.”