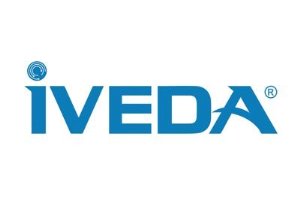 Iveda estimates revenues will range from $1 million (€1.03 million) to $3 million (€3.09 million) per Smart City deployment, with recurring revenue for annual fees for software maintenance and upgrades. As it is in most foreign countries having a local presence, Iveda Philippines is key to creating and maintaining the relationships needed to execute mutually beneficial contracts for the long-term.

IvedaAI has been trained to recognise and detect Jeepneys and tricycles, which are similar to the Philippines and the country’s most popular means of transportation. Also, flooding has plagued the entire country during the typhoon season. IvedaAI can detect imminent flooding hazards and alert appropriate agencies before they do serious damage to human life and properties. Most importantly, IvedaAI adds intelligence to “existing” video surveillance cameras throughout the country to help improve public safety, traffic intelligence and overall effectiveness of “existing” infrastructure without an overhaul.

“In addition to IvedaAI, city officials also asked for help on critical infrastructure improvements such as new command center and upgrades to existing ones, similar to our Taiwan Smart City projects in Taiwan,” says Ly.

The Philippine government has increased its reliance on modern and next generation technologies in the recent years, especially since the fallout from the Taal Volcano eruption and the 2021 Odette typhoon. Since then, cities throughout the country have digitise services and set standards for data storage, protection and utilisation, according to the International Trade Association.

“Stef’s experience with the complexities of doing business throughout the Asia Pacific countries is invaluable to all of us moving forward as Iveda expands our growth in Asia,” says Ly.

“The team has been engaging the municipality decision makers non-stop, demonstrating Iveda’s unmatchable value. Customers are responding very well to the crystal-clear message of a cost-efficient method of enhancing the effectiveness of their existing video surveillance and command centers,” says Sano.

The Philippine Long Distance Telecommunications Company (PLDT) was Iveda’s customer in the Philippines with IvedaXpress plug-and-play video surveillance system. Building upon the success of the company’s IvedaAI intelligent video search technology project in Caloocan City in 2018 and a successful pilot project in Metro Manila in 2019, Iveda has sought to gain a greater foothold in the Philippines. Last month, Iveda was hosted at meetings by city providers throughout Luzon, Visayas and Mindanao, the three main islands that comprise the archipelago.

“We see the potential in the Philippines much in the same way we are now seeing the success of Iveda Taiwan,” Ly says. “Gaining a foothold in a country that is looking to modernise all aspects of its infrastructure will be beneficial to the Filipino people as well as Iveda overall.”

In an address to the New York Stock Exchange last month, president Sabin Aboitiz of Aboitiz Group says that the Philippines is one of fastest growing economies and the next big thing in Asia. “Now more than ever, with the dawn of a new era of digital progress, and an environment that has never been more enabling and conducive for business, the Philippines is ripe and open for investment,” he says.

Newly elected Philippine president Bongbong Marcos made infrastructure development one of his key platform initiatives. Much like his predecessor’s administration, infrastructure modernisation from the country’s airports down to the streets and sidewalks will be important for the success of the country, president Marcos professed throughout his campaign.

The future increased growth for the global Smart City market has been predicted by numerous market research groups. According to MarketsAndMarkets, the current Smart City global market will reach $873.7 billion (€901.05 billion) in 2026, up from $457 billion (€471.31 billion) in 2021.