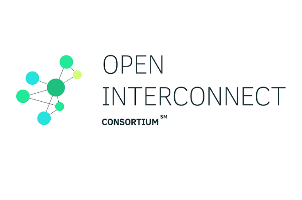 The Open Interconnect Consortium (OIC) has announced the availability of an important update for developers that will help organisations swiftly navigate the OIC’s resources.

This is designed quickly to take advantage of the technologies and infrastructure developed, furthering standardisation for the Internet of Things (IoT).

“IoT puts a lot of pressure on developers to create applications that work seamlessly. IoT technologies can be tricky and difficult to implement in a real world use case,” said Mike Richmond, executive director at the Open Interconnect Consortium. “With this updated developer toolkit, the OIC is making the process significantly easier. As we continue to streamline specification development for the next generation of IoT-connected devices, this is an important step.”

The updated developer tool offering includes oneIoTa – a new resource model tool that allows developers to quickly download OIC resource models to use in their own product development; it contains both OIC and UPnP Forum resource models in both JSON and RAML formats.

Released along with oneIoTa is the API Designer console, a graphical, web based tool from MuleSoft that syncs with oneIoTa to document the APIs in a human friendly interactive console and make it easy to engage fellow application developers.

Both tools join the latest version of IoTivity, OIC’s reference implementation. The combined tools are a quick way for companies to gain the benefits of OIC’s common connectivity framework and are easily implemented into products.

The OIC is also excited to announce it has now reached 158 members, including two new board members from Arris and CableLabs, who will join executives from leading technology companies including Samsung, Intel, GE Digital and Cisco.

If you’re interested in seeing the IoTivity code in action, OIC will be hosting several demonstrations with products from the smart home and industrial vertical markets; and UPnP to IoTivity. In addition, we will be showing demonstrations with our liaison partners including EEBus, the EnOcean Alliance and the ULE Alliance. Be sure to stop and see us during Mobile World Congress at booth Hall 8.0 stand 8.0C35.