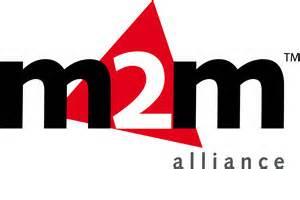 Europe’s biggest association for the M2M and IoT industry has a new leadership team. Dr. Andreas Fink, the new chairman of the M2M Alliance, aims to bring a lively exchange between businesses and research.

The board of the M2M Alliance has also been strengthened by a new advisory board, including former chairman Eric Schneider. With its new structure, the umbrella organisation wants to use the current boom of the Internet of Things to continue the digitisation within companies and businesses.

The new management board, headed by Dr. Andreas Fink, wants to use the current boom of the Internet of Things (IoT) to lead companies and whole industries into the age of digitisation, including hands-on support for the 85 members of the M2M Alliance from across the world. “At CeBIT, it was obvious once again how huge the worldwide demand for future-proof solutions and strong partners has become,” said Dr. Andreas Fink.

Without a dedicated umbrella organisation, single companies could often achieve little. “That’s why it is one of our most important objectives to combine the strengths of the industry sectors and to create real value for each member and company,” said Dr. Fink. Amongst other things, he wants to promote new channels and services between providers and users of innovative products, whilst ensuring that the benefits of M2M technology, the Internet of Things, and the fourth industrial revolution are communicated on an even broader scale than before.

After four years at the helm of Europe’s largest association of its kind, Eric Schneider had already announced prior to the AGM that he would not seek re-election for professional reasons. Schneider will continue to support the M2M Alliance as “Honorary Board Member Press & Media”. In addition to Dr. Andreas Fink, Robert Jänisch has joined the board as successor to Prof. Dr. Axel Sikora who will continue to support the organisation as “Honorary Board Member Research & Academia”. The board members Helmut Schnierle and Joachim Dressler were re-elected as 2nd chairman and CFO respectively.

With his experience as head of sales and product development at Elektro – Fink Schaltanlagenbau e.K and as an assistant at the University of Rostock over the last ten years, Dr. Fink is familiar with both sides. “Businesses and research facilities need to work together more often to provide suitable solutions for digitisation. One of our objectives is to encourage new partnerships between companies and research facilities around the globe. The benefits of M2M solutions for SMEs must also become more obvious,” said the new CEO.

Robert Jänisch, the new board member for “Innovation” and CEO of IOXLab, also sees the need for strong partnerships. “In times of M2M communication and the fourth industrial revolution, innovative ideas and strategies are needed. As a strong alliance, it is our job to find new solutions and to pave the way for our members,” said Jänisch. “In my new role, my task is to strengthen our members in terms of organisational and technological innovations.”

The new board also wants to expand the M2M Summit which attracts exhibitors and more than 1,000 visitors from across the world. On October 5/6, the world’s biggest event for M2M communication and IoT will celebrate its 10th anniversary.