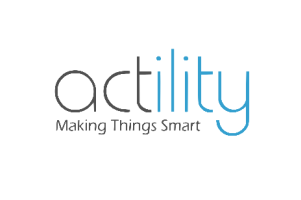 Mulica brings decades of experience in leadership roles with globally-focused companies including Phone.com, Openwave, Syncronoss and Real Networks. He has been a business pioneer in transformational technologies including commercial internet, voice over IP and mobile, mobile internet, and cloud.

Backed by prestigious investors including tier-one telcos KPN, Orange and Swisscom and electronics giant Foxconn, Actility is at the forefront of the global IoT revolution. It is supporting national network roll-outs in partnership with operators and broadcasters in six European countries, and a citywide network in Dubai, with deployment projects in two Asian countries in progress and trials under way in the Americas.

“The next transformational global technology wave is IoT,” said Mulica, “and it will trigger an explosion of productivity by connecting and enabling smarter things in domains as varied as as cities, agriculture and factories”. Explaining his decision to join Actility, Mulica added that: “All of the most successful technology waves were driven by product innovation combined with a global industry architecture. Actility gets that, and Olivier Hersent, Actility CTO and founder, and his ThingPark team clearly recognise the importance of combining great product architecture with great industry architecture, which together enable a complete and dynamic ecosystem.”

“We’re extremely pleased to have Mike on board, with his experience of driving technology innovation into some of the largest global markets,” said Actility CTO and founder, Olivier Hersent. “Mike understands service provider, enterprise and direct to consumer markets on a global scale, and his experience and worldwide network of connections will help us meet the demands of rapid growth while maintaining ThingPark as the leading solution platform for IoT.”

“To succeed, IoT needs to become, like the internet itself, an open global ecosystem in which the best people can innovate around products, business models and services,” added Mulica. “I believe that Actility, with our ThingPark platform and continuing commitment to the rapidly-growing LoRa ecosystem, and to emerging standards such as NB-IoT, is pioneering that open and collaborative approach to IoT. ThingPark allows us to connect things, people and solutions into a meaningful global marketplace”

ThingPark has three main elements: ThingPark Wireless, the core LoRaWAN network infrastructure and tools; ThingPark Cloud, offering Open Data management and protocol translation; and ThingPark Marketplace, the hub of the ecosystem and marketplace. Together, ThingPark is a “one-stop shop” enabling the deployment of end to end services, offering device purchasing and delivery, device activation and registration with IoT networks, application distribution and pairing with devices, worldwide distribution over public networks, and the deployment of private customer networks.

Mike Mulica, CEO of Actility, has long been intrigued with the nexus of mobile communications, the internet and globally scaled industry solutions. Mike is a mobile and internet industry veteran, playing a foundational role in pioneering the Mobile Internet and has led many highly successful companies and product introductions across the globe. At Actility, Mike has overall operational responsibilities covering the company’s global mission to connect objects across every imaginable vertical solution, through the deployment of Thingpark™.

Throughout his career, Mike has built and run major mobile internet businesses at a series of leading globally focused public and venture-backed companies. He currently serves on the board of directors of several privately held companies. Mike holds an M.B.A. from the Kellogg Graduate School of Management at Northwestern University, a B.S. in Business from Marquette University, and a Graduate Certificate in International Business from the Copenhagen Business School.