Home › Blogs › The weird and wonderful world of wearables 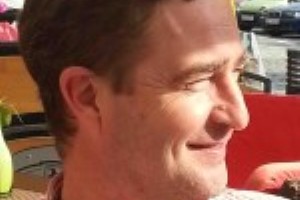 No-one seems to know about wearables. One minute we hear that the first wave of wearables is wearing thin, the next that they are the next big thing. Maybe the truth is that we are now beyond Wearables 1.0 and into the next phase.

Certainly, devices such as the original Fitbit have lost their appeal (Fitbit is now looking at the enterprise as the next target) and it may be that we are moving into a very different arena altogether.

According to their latest, and highly respected report, wearable sales doubled in the last year, mainly driven by 15 -24 year olds. More importantly the perception of their role is changing and Ericsson now sees them almost as the physical manifestation of the IoT, says Alex Leslie, founder and CEO, Global Billing Association (GBA).

We are used to phones, the physical device that we now accept as being as powerful as a computer, probably more so. For younger audiences, however, the smart phone is a bit clunky, a bit old-fashioned. Wearables are more intimate than smartphones, and those who wear their computing power, are using their smartphone less and less.

Perhaps not surprisingly a third of those who tried the first wave were disappointed. This was generally because they are still tethered by Bluetooth or Wi-Fi and there was limited functionality.

The next wave (and the wave after that) will change things. Most people see the next wave, the one where they become ‘invisible’ (i.e not considered to be ‘technology’) as happening after 2020. The perception is that they will have a range of different functions, such as a safety device, with a panic button, location chip and even defence capabilities built in.

Some of the ideas about the next generation of this technology are pretty far-fetched, such as an embedded device that signals the mood you are in to others (try smiling) and even a pill that you can swallow that detects whether you have had too much alcohol to drive and will disable your car. This would not go down well in the DisruptiveViews offices.

What is interesting is that when people think about wearables, or embedded computing, they are more likely to want to share their data than with smartphone usage. Presumably this is because sharing health data makes sense, and the perception is that with one device that monitors your health, the device would not share any other data.

These advances, the next wave, when combined with ideas such as artificial intelligence, big data, virtual reality and the IoT make the concept of ‘spatial computing’ viable.

The only issue is whether this direction is sensible or scary.

The author of this blog is Alex Leslie, founder and CEO, Global Billing Association (GBA).