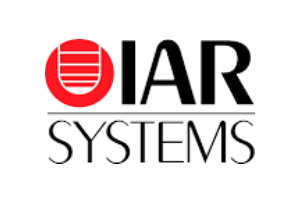 IAR Systems® has announced an expansion of its wide range of supported microcontrollers (MCUs) in the complete development toolchain IAR Embedded Workbench for ARM®.

The updated support includes several MCUs based on ARM Cortex-M3/M4 and ARM Cortex-A15 particularly targeted for connectivity and the Internet of Things, from for example NXP Semiconductors, Silicon Labs, Texas Instruments and Toshiba.

In addition to the already wide range of supported MCUs, in total over 4,700 ARM devices, the latest version of IAR Embedded Workbench for ARM adds support for a number of new devices.

Thanks to the fact that the toolchain is continuously updated with new MCU support, developers gain complete freedom from having to consider the choice of software in their selection of MCU. Instead of using different tools for different MCUs, IAR Systems enable developers to use the same toolchain all the way. This flexibility saves both time and money for development teams.

IAR Embedded Workbench for ARM is available in several versions, including a product package that is designed specifically for the ARM Cortex-M core family.

IAR Systems provides developers of embedded systems with world-leading software tools for developing competitive products based on 8-, 16-, and 32-bit processors. Established in Sweden in 1983, the company has over 46,000 customers globally, mainly in the areas of industrial automation, medical devices, consumer electronics, telecommunication, and automotive products. IAR Systems has an extensive network of partners and cooperates with the world’s leading semiconductor vendors. IAR Systems Group AB is listed on NASDAQ Stockholm.