Home › IoT News › Global IoT security market to grow at a CAGR of 48% through 2021, says Technavio 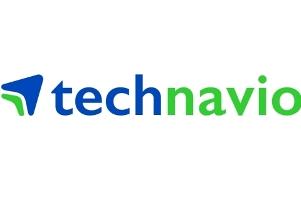 According to the latest market study released by Technavio, the global Internet of Things (IoT) security market is expected to grow at a CAGR (compound annual growth rate) of close to 48% during the forecast period.

This research report titled ‘Global Internet Of Things Security Market 2017-2021’ provides an in-depth analysis of the market in terms of revenue and emerging market trends. This report also includes an up to date analysis and forecasts for various market segments and all geographical regions.

The market research analysis categorises the global IoT security market into three major segments by network security components. They are:

The global IoT security market by hardware is expected to grow at a CAGR of close to 45%. IoT systems tend to have a long product deployment and usage lifecycle. The major priorities for IoT systems, especially for industrial sectors, are safety, reliability, productivity, and efficiency.

The industrial sector is vulnerable to several threats, and a software-based system alone does not provide adequate protection to the IoT systems used in the enterprises. For instance, in December 2015, the power grid in Ukraine was hacked, which affected over 200,000 people.

According to Amit Sharma, a lead analyst at Technavio for enterprise application research, “Governments and organisations are careful about carrying out any modifications or software patches in the deployed IoT system. Therefore, to maintain and address all security concerns in the sector, both software and hardware security chips should be used.”

The global IoT security market by software is expected to grow at a CAGR of close to 49%. Security software enhances and automates the network monitoring process and can be easily integrated with IoT applications, resulting in the high adoption of the software among end-users, especially in the automotive and healthcare sectors. IoT security software monitors the network for possible incidences of malware attacks and automates IDP to block the intrusion of malicious codes.

The global IoT security market by services is expected to grow at an impressive CAGR of more than 52%. This is because the initial investment required by organisations to support IoT security infrastructure is low when compared to those of hardware and software security components.

In addition, cloud-based services allow organisations to focus on their core competencies as the service providers monitor the security infrastructure. These services do not involve upgrade and replacement costs. Therefore, the adoption of IoT security services will increase among SMEs, resulting in the growth of the market share.

“The major advantages of IoT security services are minimal capital investment, use of existing equipment, and management of the entire security system via a single web-based system,” said Amit.

The top vendors highlighted by Technavio’s ICT market research analysts in this report are: