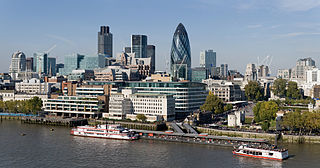 New IoT investors in the City of London?

It’s a funny new world in the Internet of Things (IoT). If you’re me, says Jeremy Cowan, you’re lucky enough to meet a fascinating cross-section of people in a variety of businesses.

At the start of a very busy week here at IoT Towers, the team have been madly busy with preparations for the launch of IoT Pilot, by our sister publication, IoT Global Network. IoT Pilot is an innovative tool that enables businesses to find tailor-made IoT platforms and partners. If you want some detail you can see our report here.

This new analytical tool is the result of a lot of hard work by our partners, independent IoT/M2M analysts Beecham Research working closely with our own software team at IoT Global Network. Users of IoT Pilot will now be able to find information worldwide on platforms for their Internet of Things services, enabling them to make better informed, independent platform choices and helping them grow their IoT-enabled business. We think that’s pretty important, and we look forward to your verdict.

A surprise invitation received to meet the director of a Private Equity Fund Management firm I hadn’t come across before. No surprise there, really; I don’t tread the expensive streets in the City of London (the UK’s financial heart) very often. Nor, by their own admission, did this company have a track record in the Internet of Things or Machine-to-Machine communications. That may be about to change.

Over a quick coffee, his first question to me was broad — to put it mildly. Is the Internet of Things a good place to invest at the moment, or is there a lot of hype? To which, my answers were Selectively Yes, and Certainly Yes. I’d be the first to encourage investors like this with funds of “approaching £1 billion under management” (€1.16 billion) to consider IoT opportunities. But it’s not enough to look only for companies with recurring revenue models, as he was doing. That’s like asking should you invest in Construction or Engineering. You need a lot more granularity than that. It seems I may be asked back for another coffee, and a lot more of that detail.

By the middle of last week, the team here was rolling out news of the Judges we have inveigled into joining our VIP Judging Panel for the 2017-’18 IoT Global Network Awards. Well, I did say we’d been busy. Further news about the judges and the Awards themselves will follow on Twitter, LinkedIn and Facebook.  Among the names announced so far are Justin Anderson, director of IoT at KPMG, and Svetlana Grant, project director, Future IoT Networks, Connected Living Program, at GSMA. I know them both quite well and can tell you we are honoured and fortunate to have them working with us to choose the best in IoT.

At the risk of making this column too UK-focused this time, there’s been a fair amount of nonsense talked lately in some of Britain’s more sensationalist media about smart meter faults. You know, the kind of sites that use endless, rehashed headlines on the death of Diana, Princess of Wales as click-bait. I won’t give their shoddy journalism publicity by naming them. Suffice to say, that reports that “Hundreds of thousands of households are still trapped in ‘billing limbo’ – unable to pay promptly for energy usage because of errant computer systems introduced by suppliers,” (faults they attribute to smart meters) are one-sided. I’m still being polite.

For a more dispassionate view and a bit of balance, I turned to Ofgem, the UK’s independent energy industry regulator. If Ofgem is aware of hundreds of thousands of households trapped in ‘billing limbo’ it isn’t saying so. Instead, their most recent announcement on the subject (March 2nd) says that “Energy complaints fall to lowest point in three years”. Apparently, 2016 saw a 32% drop in complaints overall compared to 2015, and £3.3 million (€3.85 million) was ‘handed back’ to consumers in financial awards made by the Energy Ombudsman.

There’s something different about Friday stories. A charming Viennese called Philipe Reinisch came up to me in the Austrian capital after I had moderated an event there to tell me of his crazy and exciting plans to ride a motorbike from Vienna to China along what he called Silk Road 4.0. So I wrote about him on Friday (see: Two motorcycles, 10,000 km along Silk Road 4.0, the Internet of Things … and you?) and we look forward to bringing you news of his plans (with his three colleagues – one other rider and two support team members) as they prepare for and undertake this arduous journey. As a temporarily lapsed biker and all-round petrolhead, I look forward to bringing you news of this as we get it. Watch this space! 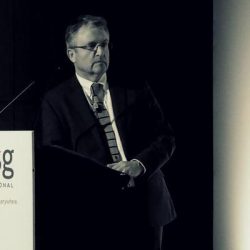