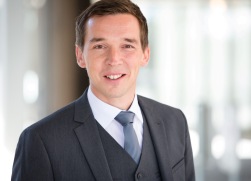 Following its confirmation at the Annual General Meeting, the M2M Alliance management board has been confirmed, but changes are afoot within the association.

The M2M Alliance has unveiled a new strategy that focuses on direct interaction with the members, and addresses national and international companies through a digital reorientation. A new corporate design, including a re-launch of the logo, shows the determination of the M2M Alliance to make the reorientation a success.

The design of the new website and the new in-house support will, says the alliance, guarantee the latest news on hot machine-to-machine communications (M2M) / IoT topics. In another change, from now on the General Meeting will be held twice a year.

Exactly a year after he took over as chairman of the M2M Alliance, Dr. Andreas Fink was confirmed in his role. The members of the M2M Alliance also expressed their confidence in Helmut Schnierle (2nd chairman), Robert Jänisch (innovation) and Joachim Dressler (chief financial officer). This leaves the Management Board unchanged.

The confirmation of the Management Board marks the start of the new alignment of the M2M Alliance, which had already begun last year. At the Annual General Meeting, a new strategy was introduced which focuses on even more interaction with members, partners and users.

One example for the increased interaction with members and partners is the joint working group of the M2M Alliance and the OPC Foundation. Under the leadership of Prof. Axel Sikora, the Academic Advisory Board of the M2M Alliance, six member companies are working on the description of best practices for integrated end-to-end security in M2M communications.

After the lively interest during the Annual General Meeting, the results are now to be made available to an even wider audience. These include companies that do not have the Internet of Things (IoT), Industry 4.0 or, in general, digital transformation at the heart of their business, but still benefit from M2M communication.

In order to achieve these goals, the M2M Summit, Europe’s largest event for M2M, IoT and Industry 4.0, will be given a new direction after 10 successful years. This includes a Makerspace, where topics and solutions such as robotics, augmented reality, rapid prototyping or even drones can be experienced live. Young companies have been given the opportunity to present their ideas and solutions in the form of a pitch since last year. This start-up pitch will be expanded for the upcoming M2M Summit through a co-operation.

“The changes in our strategy and focus show that we have been well-coordinated over the last few weeks and months,” says Dr. Andreas Fink. “We always want to meet the wishes of our members and potential members. The new strategy is a cornerstone for growth, which has been officially laid down with the approval of the Board by the members. Now it is important to implement the new objectives effectively.”

The relocation of the headquarters from Aachen to Düsseldorf also contributes to the new orientation of the M2M Alliance. In the “MedienHafen (“media harbour”), a team is working together with the board member for innovation, Robert Jänisch. The new M2M “Meetup” format was a success a few weeks ago at a first meeting. Further appointments with member companies are planned.

In order to further increase the interaction with the members, two general meetings will be held at embedded world in Nuremberg and the M2M Summit in Düsseldorf. By doing so, the M2M Alliance wants to make it easier for its members to attend the general meetings, as a large number of members have already marked these events in their calendar.