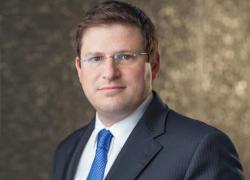 In his new role, Amon will formulate and drive key strategies for growing the company in both Qualcomm’s core businesses, as well as new business opportunities. Amon will also continue to lead the QCT business, reporting to Steve Mollenkopf, chief executive officer of Qualcomm Incorporated.

Amon joined Qualcomm in 1995 as an engineer and has subsequently held numerous business and technical leadership roles. Prior to Qualcomm, Amon served as the chief technical officer of Vésper, a wireless operator in Brazil and held positions at NEC, Ericsson and Velocom Inc. Amon holds a Bachelor of Science degree in electrical engineering from UNICAMP – Universidade Estadual de Campinas, São Paulo, Brazil.