Home › IoT News › It will never happen to me: Some rules are required to protect society from unintended consequences of AI systems 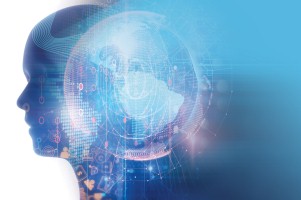 Since Asimov wrote his Three Rules of Robotics in 1942, philosophers have debated how to ensure that autonomous systems are safe from unintended consequences. As the capabilities of AI have grown academics and industry leaders have stepped up their collaboration in this area notably at the Asilomar conference on Beneficial AI in 2017 and through the work of the Future of Life Institute and OpenAI organisation, says Michal Gabrielczyk, senior consultant, Technology Strategy at Cambridge Consultants.

With autonomous systems becoming more powerful, the impact of errors also scales – structural discrimination in training data can be amplified into life changing impacts entirely unintentionally. As these risks have become better understood politicians around the world have started debating how to deal with the impact of rapid growth in the capabilities of AI.

In response to a perceived legislative gap many businesses are putting in place their own standards to deal with legal and ethical concerns:

As long as these bottom-up, industry-led efforts prevent serious accidents and problems policymakers are likely not to put much priority on setting laws and regulations. That could benefit AI developers by preventing innovation being stifled by potentially heavy handed rules. On the other hand, this might just store up a knee-jerk reaction for later – accidents are perhaps inevitable and the goals of businesses and governments are not necessarily completely aligned.

Regardless of the way in which rules are set and who imposes, consensus is emerging around the following principles as the important ones to capture in law and working practices:

Together, these principles, however they might be enshrined in standards, rules and regulations, would give a framework for the field of AI to flourish whilst minimising risks to society from unintended consequences.

The author of this blog is Michal Gabrielczyk, senior consultant, Technology Strategy at Cambridge Consultants