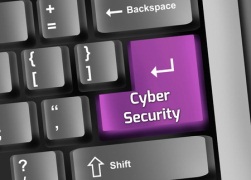 In part one of this series, we outlined the three tiers of the IoT security architecture and three key security challenges IoT devices pose. Now we will move on to explore three specific examples of the security challenges IoT deployments can pose and underline the importance of thinking strategically to head off IoT security threats, says GH Rao, president – Engineering and R&D Services (ERS) at HCL Technologies.

IoT security problems can impact on deployments in several ways. For example:

A new strategy is required

It’s clear that IoT projects will require IT teams to take a very different approach to security. Conventional perimeter-based approaches will have serious limitations, and deployment of sophisticated monitoring tools on endpoints will not be able to address all the vulnerabilities.

For this reason, existing security tools are unlikely to be appropriate for rapidly growing IoT networks. New suites of trust models, detection heuristics, adaptive remediation techniques, and tools will have to be sourced, deployed and managed.

The sheer scale of IoT devices will also require near real-time remediation when a threat is detected. This will require significant changes to threat detection-response technologies and procedures so that security staff can remain informed at all times without being deluged by inconsequential alerts.

On the regulatory front, an IoT specific risk and governance framework would also be required with specific policies and guidelines for successful rollout of IoT deployments. Government agencies will have to work with the private sector to ensure that suitable guidelines and laws are in place to guide deployments. As IoT devices permeate ever more areas, particularly sensitive places such as schools, hospitals, and homes, making sure security guidelines are followed will be vital.

IoT has the potential to revolutionise the way many organisations function and transform the services and products they can deliver to their customers. By paying attention to factors such as security early or investing in Secure by Design refactoring, the infrastructures created will be able to deliver on the large promises the technology offers without compromising on safety and security.

The author of this blog is GH Rao, president – Engineering and R&D Services (ERS) at HCL Technologies