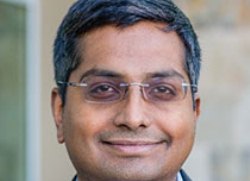 Based on 64-layer triple-level cell (TLC) 3D NAND technology, the new Micron 2100 series of NVMe SSDs is designed for next-generation autonomous cars and the Industrial Internet of Things (IIoT).

As data requirements in connected cars with advanced driver-assistance systems (ADAS) and in-vehicle infotainment (IVI) increase, vehicles are transforming into data centres on wheels, requiring faster, reliable and cost-effective storage. In addition, the proliferation of edge computing and use of artificial intelligence (AI) in IIoT applications is driving a similar need for faster storage that is not supported by legacy interfaces like SATA and e.MMC.

“Strategy Analytics estimates that 1.8 million cars with Level 3 or higher autonomous driving capabilities will be sold in 2023. These cars are expected to require up to 1TB of flash storage for 3D maps, black box recording, sensor data and 4K infotainment content,” said Ian Riches, executive director of global automotive practice at Strategy Analytics.

“The introduction of Micron’s PCIe NVMe automotive SSD is a much-needed development toward overcoming the bandwidth, latency and capacity challenges of ADAS and is well-suited to service the storage needs of future self-driving cars.”