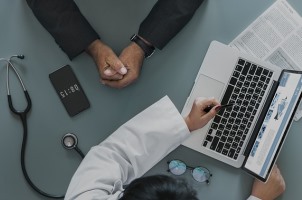 From monitoring and diagnostics to delivery methods, Internet of Things (IoT) sensors in healthcare combine sensor output and communications to provide functions that were considered conceptual, until recently.

Well-funded pathology laboratories, makeshift laboratories and clinics, dispensaries, and drug stores are some other IoT sensors in healthcare end users that integrate healthcare IoT sensors into their workspaces, in order to increase efficiency and offer better services and facilities.

The global IoT sensors in healthcare market was valued at US$2,208.9 million (€2,007.1 million) in 2017, and is expected to expand at a CAGR of 12.2% during the forecast period (2018–2026). The demand for IoT sensors in healthcare is expected to be driven by improvements in patient engagement, increased accuracy in data analysis, enhanced disease management and treatment results, and reduction in treatment costs.

Click here for details of the report IoT Sensors in Healthcare Market by Persistence Market Research.