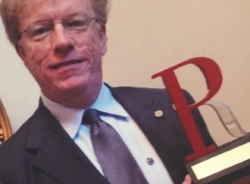 Over the next 25 years, self-driving vehicles will evolve in ways that will have a major impact on infrastructure, vehicle ownership, and the automotive industry.

Several original equipment manufacturers (OEMs) including Tesla and BMW already have semi-autonomous vehicles on the road today with self-driving features such as auto-pilot and self-parking. Thanks to cellular technology, by the year 2035, there may be large networks of fully-autonomous vehicles in most major cities around the world.

As vehicles move from semi-autonomous to fully autonomous, OEMs will be held more and more accountable for accidents on the road. Furthermore, “drivers” need to be comfortable with relinquishing control of the vehicle to the vehicle itself, says Kevin Petschow, senior director, Global Public Relations, Aeris.

For an autonomous vehicle to be reliable enough to gain consumers’ trust, and for manufacturers to take the legal risk of putting them on the roads, autonomous vehicles must be able to send and receive large amounts of data- from their location coordinates, to diagnostic and monitoring information- all in real-time.

Because fully autonomous vehicles are always on the move, they will require a network that can keep up with their staggering data requirements, which makes cellular the ideal connectivity choice for OEMs developing autonomous vehicles.

People are not yet used to riding in a car without human driver, so safety is a major concern with emerging fully autonomous vehicles. If you are an OEM, your customers need to trust that your car will keep them safe.

Vehicle manufacturers have used side-of-vehicle and front-of-vehicle detection to prevent sideswipes and fender benders by automatically moving the vehicle out of harm’s way or by applying the brakes, but these capabilities come as a luxury add-on. For fully autonomous cars to safely share the road, hazard detection and avoidance has to be standard on all models.

During the transition to fully autonomous vehicles, manufacturers can get the most out of their vehicle detection systems by monitoring them over a cellular network. When it comes to sharing the road, one faulty maneuver can endanger passengers and pedestrians in a matter of seconds.

Cellular networks provide the fastest and largest data transmission network for IoT, enabling vehicles to connect to towers with the strongest signal so there is zero lag time. In addition, real-world driving and accident prevention data will allow manufacturers to fine-tune their autonomous vehicle safety and detection systems, which leads to continuous improvement.

Another way OEMs can make their cars safer is by using alerts that prevent malfunctions on the road and can even save lives if an accident does occur. Drivers can already purchase aftermarket devices that automatically detect collisions and immediately contact emergency services with their location.

These devices use cellular networks for communication because in a serious accident, a fast-response time can save someone’s life. Autonomous vehicles that come standard with accident detection and reporting over a cellular network will give drivers the confidence that autonomous driving systems are just as safe as normal vehicles.

Monitoring vehicles to detect malfunctions can also help OEMs refine their manufacturing processes and address recalls immediately. In fact, Tesla was able to avoid an entire recall by diagnosing and fixing an overheating issue thanks in part to the existence of an extensive cellular IoT network. With such wide coverage, Tesla wirelessly installed a firmware update to many of their vehicles that saved drivers and company mechanics valuable time.

Diagnostic data for manufacturers and drivers

Not all malfunctions are manufacturing related. Many vehicle malfunctions can be prevented with scheduled maintenance. Vehicle upkeep is especially important for autonomous and semi-autonomous vehicles; for customers to take their hands off the wheel, they need full faith that their vehicle can adapt to road conditions without component or system failure.

It’s possible that in the future, autonomous cars could drive themselves to service centers for oil changes and scheduled maintenance. But for now, vehicle owners need relevant diagnostic data to keep their cars in peak condition.

OEMs that build a smartphone accessible diagnostic app into their autonomous or semi-autonomous vehicles will have an advantage; their customers will have the information they need to feel confident in their vehicles. Since smartphones already communicate over cellular networks, cellular networks are the perfect interface for smartphone apps. All an OEM needs to do is create a user interface to deliver diagnostic and maintenance alerts to drivers.

Autonomous vehicles require more development before they can be used on a mass scale, but it’s never too early to find out how cellular networks will shape the communication of self-driving vehicles.

The author of this blog is is Kevin Petschow, senior director, Global Public Relations, Aeris