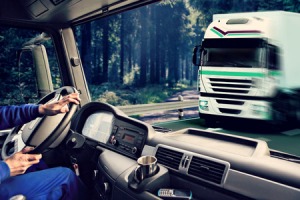 Automakers have a long history of attempting to monetise the on-board infotainment system, via upsells for features such as map updates, on-board internet or connected apps. Last December, GM announced a new and more novel venture called Marketplace, an on-board commerce platform which lets a user conduct a wide array of commerce-related interactions in their car.

To evaluate this first-of-its-kind application, Strategy Analytics conducted an expert review of GM Marketplace as implemented in a 2018 Buick Encore. Marketplace services were developed with partners; so far they include reserving tables at certain restaurants, placing and paying for orders at coffee shops and quick-food establishments, finding or paying for nearby parking and locating nearby fuel.

Derek Viita, senior analyst and report author commented, “The services which provide most value to the consumer are those which may aid the driving task itself, such as helping to plan a route, finding and paying for parking and finding information about a point of interest. At present, the Marketplace UI does not accomplish enough to be practically useful.

Users simply email offers to themselves without any other features available. Thus, as evaluated, this feature adds no value to the in-vehicle experience and is arguably unsafe for a driving use case because it encourages new and unnecessary visual/manual behavior while driving.”

Continued Viita, “The result is a platform which is solely a revenue-extraction attempt, rather than a purpose-built system designed for a car and its occupants. Emailing offers to a pre-determined address is not a feature which is desirable or necessary for an in-car touchscreen.”

Added Chris Schreiner, director, Syndicated Research UXIP, “If GM’s ultimate goal is to provide new marketing avenues for partners, this could be accomplished with emailed offers using information already on file through a dealer or other avenue. In-car integration in this instance is unnecessary and frankly unwise.”