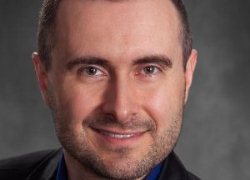 Derek Viita, report author and senior analyst commented, “Because a lack of consumer trust is one of the biggest roadblocks to a fully autonomous ecosystem, automakers such as Daimler have an enviable position. Semi-autonomous features such as Mercedes Benz’s advanced driving assistants could serve as a ’gateway’ to showcase Daimler’s ability to create safe and enjoyable assisted-driving (or non-driving) experiences.

However, it is currently a wasted opportunity due to a poor holistic understanding of the semi-autonomous use case, particularly with respect to human-machine interface (HMI) design.”

Added Chris Schreiner, director, Syndicated Research UXIP: “As interest in autonomous driving features has returned to an upward trend, the next few model years and semi-autonomous iterations will be critical in determining whether automakers are truly gaining consumer trust.”